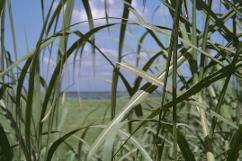 Punto Guajiro (also called Punto Cubano) is the country music from the Western and Central provinces of Cuba. This style began to become popular around the end of the 18th century, mainly as a social event. Remember that in the east there were changui's, in Havana and Matanzas there were rumba’s. The punto is the same thing, a party in which the music played became a genre.

Lyrically, the form is always decima. The Punto is based on the lyric not the music. This is in contrast to son and the related styles from the Eastern Provinces of Cuba. Because of this the singers are known as poets not singers and a distinguishing feature is that the lyrics are often improvised.

Punto Libre — (also called pinareño or vueltabajero) This form comes from the western Provinces (Havana, Matanzas & Pinar del Rio), and is probably the most recognizable. The meter is always regular (in tempo) and another feature is the instruments stop playing when the vocal starts singing. There is some light plucking on the Laud or the Guitar. Another variation is Controversia.

Punto Fijo — (also called Camagüeyano) This form is from the Central Provinces and has even spread to the east. the distinguishing feature is that the accompaniment remains the same during the vocal part. The patterns are always repeating.

Tonada — This is the peasant version of punto and is very similar although differences in harmony and lyric may be noted.

Punto Cruzado — In Punto Cruzado, the singer doesn’t start at a barline. Instead they come in on some arbitrary beat contrary to the band.

The Clave in Punto Guajiro generally plays this:

Here is an example of a Cuban laud part:

Example of a Punto Libre

In this book, you will learn about the Cuban tres and how to play it correctly. This is an intermediate to advanced series, but even beginners can benefit.